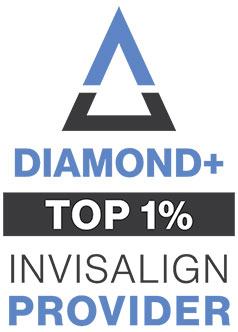 Looking for an AFFORDABLE Invisalign plan? You have come to the right place! With our low cost Invisalign options, you really can afford to fix your crooked smile. Relax. You are in great hands! With real Invisalign and real doctors, the team at mBrace will have you smiling in no time.

Feeling confident about your smile and your teeth is crucial to a healthy sense of self-esteem. For many people, orthodontic treatment is required to have the best smile possible. In the past, there was only one option for improving your smile and straightening your teeth-metal braces. New innovations in orthodontic science have now granted patients more options. Among those options is Invisalign®. Invisalign® provides you with many of the same benefits as traditional orthodontic treatment via a set of clear, wire-free, bracket-free aligners. A series of custom-made, clear aligners, Invisalign® can be a good option for individuals who want to correct dental problems but who are concerned about the visual impact of wearing traditional metal braces. Since the aligners are clear, they are far less noticeable than metal braces.

What Types of Problems Can Invisalign® Correct?

It should be noted that Invisalign® is not appropriate for all patients. Among some of the common dental problems that can be correct with Invisalign® include:

To find out if you are an Invisalign candidate contact mBrace Orthodontics today for a complimentary consultation.

The Advantages of Invisalign® Compared to Traditional Braces

Invisalign® is different from traditional metal braces in that the trays used with this treatment method are completely removable. While this can be advantageous, it also means that patients must have more commitment and discipline than is necessary with metal braces. Due to the fact that the trays are quite comfortable, this is usually not an issue. Invisalign® is also preferable to other treatment options, including veneers, because this treatment can actually straighten the teeth. By comparison, veneers are thin covers that are affixed permanently to the teeth. Before veneers can be applied, the teeth must be reduced and overtime they make chip or discolor and need to be replaced.

01. Invisible
For many people, the fact that Invisalign® aligners are nearly invisible is one of the most important advantages. Most people will not even realize you are wearing them. This can be a great option for patients who perform frequently, make public appearances often, are concerned about social events, or who do not want braces to appear in photos.
02. Removable
Since the aligners are removable, you can take them out whenever you would like. There are also no food restrictions, which is the case when wearing metal braces. Common foods that you usually cannot eat when undergoing traditional orthodontic treatment include pizza crust, hard-crusted bread, bagels, chips, popcorn, nuts, apples, certain types of candy, corn on the cob, and carrots. With Invisalign®, there is no need to change your diet since the aligners can simply be removed while you eat. It also tends to be much easier to floss and brush with Invisalign® than with metal braces.
03. Comfortable
Since Invisalign® aligners are custom made just for you from a comfortable plastic, they tend to be more comfortable than traditional braces. The series of aligners used are designed to move your teeth into the desired position slowly.
04. Accelerated Treatment Option
Due to the fact that Invisalign® aligners can be removed, you have greater control over the duration of your treatment.
05. What Is Involved in Invisalign® Treatment?
The first step in starting Invisalign® is to have a custom treatment plan developed after a thorough examination and diagnosis by your orthodontist. A scan will be taken of the teeth and gums, that is then developed into a virtual simulation model. Your doctor will then move the teeth as needed on this virtual model to determine the sequence and direction of treatment. Once complete a series of clear custom trays will be generated to start the alignment process.
06. Living with Invisalign®
If you are considering Invisalign® as a treatment solution, it is important to know that it will take some time to become accustomed to the aligning trays. It is vital that you wear the trays constantly. The only exception should be when you eat or brush your teeth. You should remove the aligner trays when eating or drinking, as food can become trapped between the teeth and the tray, which can result in tooth decay. New trays are usually required about every two weeks. You should be able to see progress that has been achieved between appointments. While Invisalign® does offer a number of advantages, it is not the right choice for everyone. For instance, it is usually not the best choice for overly complicated cases. If you only have mild dental issues and you are concerned about others knowing you are wearing braces, Invisalign® could be a good choice to help you attain straight teeth while still feeling comfortable in public. Invisalign® also offers the added benefit of not affecting your speech.

If you are interested in learning more about Invisalign®, the benefits offered by clear aligners, and finding out whether you might be a candidate for Invisalign®, please contact our office to schedule a complimentary consultation. Our office strives to provide a personalized, comfortable experience for every patient. We believe that your smile is an important contributor to your overall self-esteem, function, and health. Contact us today at 469-362-6820 to learn more about the latest orthodontic treatment options, including Invisalign®.

With so much going on in a teen’s life, getting metal braces can present serious social challenges. The good news is that Invisalign® Teen now offers a way for teens to enjoy the benefits of straight teeth without dealing with the social stigma associated with brackets and metal wires. 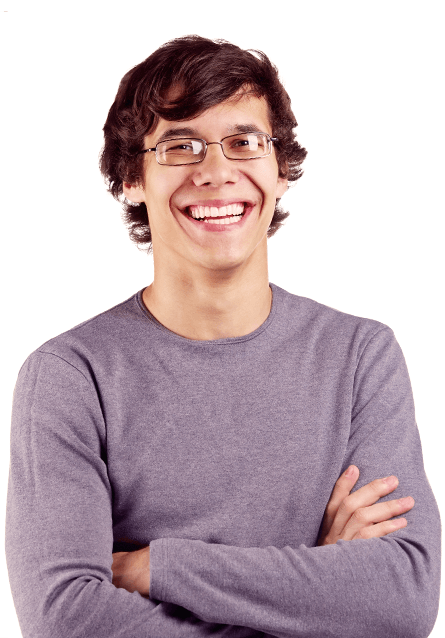 Since the aligners used with Invisalign Teen® are completely clear, no one even needs to know that you are wearing braces. The aligners are constructed from a clear, smooth plastic that is practically invisible. This means that most of your friends likely won’t even know that you are wearing them. You can continue enjoying everything you love with complete confidence.

If you have friends who have worn traditional metal braces, you likely already know they are not allowed to chew gum or eat certain foods, such as chips or popcorn. With Invisalign Teen®, there are no such restrictions. You can continue enjoying all of your favorite foods whenever you like. This is because the aligners can be removed when you eat or drink. Additionally, you will likely find it much easier to floss and brush with Invisalign Teen® than with metal braces.

Whether you enjoy sports, play a musical instrument, or you are a social butterfly, Invisalign Teen® gives you the opportunity to continue doing everything you love without concern. There are no metal wires or brackets to get in the way of the things you enjoy.
01. Does Your Teen Need Invisalign?
Prior to considering Invisalign Teen® for your son or daughter, it’s important to understand what is involved in this treatment option. Invisalign aligners consist of removable trays. The trays are custom fit to your child’s teeth and are made of clear plastic. They are practically impossible to see, which makes them ideal for teens who are concerned about their appearance, comfort and overall hygiene and home care. Since the trays can be removed, your teen can brush and floss as normal. There are also no food or beverage restrictions with Invisalign Teen®. The duration of treatment for this option is often shorter than with metal braces. The need for office appointments for adjustments is also usually reduced with aligners, which can be helpful for teens, because there is less time missed from school. Overall, Invisalign Teen® can help to straighten your child’s teeth without the discomfort, inconvenience, or embarrassment associated with traditional metal braces.
02. How Does Invisalign Teen® Work?
As with traditional braces, Invisalign Teen® works by slowly moving the teeth into the desired position. This treatment option can be used to correct a number of orthodontic problems, including:
03. Living with Invisalign Teen®
Since Invisalign® aligners are custom made just for you from a comfortable plastic, they tend to be more comfortable than traditional braces. The series of aligners used are designed to move your teeth into the desired position slowly.

If you would like to learn more about Invisalign Teen® and find out whether your teen might be a suitable candidate, please contact our office. We would be pleased to schedule a complimentary consultation for you and your child. We are committed to providing a comfortable, personalized experience for all patients and believe that a patient’s smile plays a vital role in his or her function, self-esteem, and overall health. To find out more about Invisalign Teen®, call us today at 469-362-6820.

Welcome to mBrace Frisco Orthodontics! Dr. Shireen & her team are one of the highest rated practices in the Dallas / Fort Worth area.

mBrace makes it easier than ever to get started with braces or Invisalign. Fill out the form and we’ll send you info on our easy payment plans!